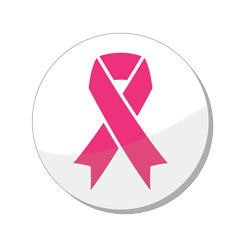 This helped me so much.

One Misunderstanding Away from Financial Destitution

A breast cancer diagnosis takes it toll in many ways that most of us can’t imagine unless we or someone close to us has fought that battle. As Teresa found out after she was diagnosed with Stage II breast cancer at age 42, treatment is only the beginning.

After Teresa was diagnosed, she underwent a mastectomy and multiple cycles of chemotherapy. The only thing standing between this mother of four and a mountain of medical bills was the health insurance provided by her employer.

Teresa was led to believe that her health insurance would continue to cover her until December, 2017. Then, at a chemotherapy appointment in November she discovered her insurance had been dropped in October!

Until her insurance was dropped, Teresa was paying $128 twice a month to stay on her employer’s insurance. With the loss of that coverage, she had only one option left, to sign up for COBRA, which was offering the same coverage for $905 a month. Teresa, living alone and unable to work, struggled to come up with the money. With her insurance safety net was gone, Teresa wondered how she was going to afford the chemo and radiation she needed to beat her cancer.

Teresa’s story is a common one. Insurance companies don’t want to cover women with breast cancer, because their treatments are expensive. Many human resources departments, even if they have good intentions, don’t always know how to communicate with a sick employee. One misunderstanding could lead to dropped insurance, as was the case with Teresa.

Relief in the Form of a Grant

Fortunately, Teresa was able to continue her treatment by qualifying for Medi-Cal and by enrolling in California’s Breast & Cervical Cancer Treatment Program. To help with the surprise bills she accumulated in October, Shades of Pink Foundation California awarded her a grant that was used to cover her rent in December and January.

“Thank you for what you do to help others,” Teresa wrote to us after receiving her grant. “You never know sometimes what you are really doing to make a difference. Please know you are.”

We want to thank our donors for allowing us to support Teresa and so many other deserving women in San Diego.